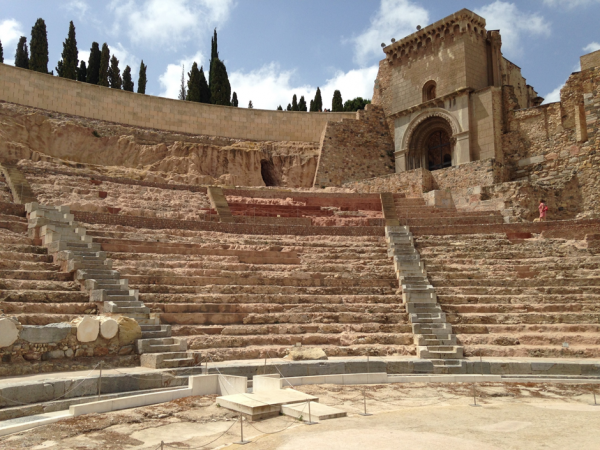 Posted on 17 July 2019 in Blog
Snap decision one Thursday to drive to see Cartagena in Murcia which is south eastern Spain. As ever sat nav utterly accurate – 4 hours to do 405km. Great drive around Granada and up into the wooded hills on very quiet roads. Scenery changes and the Land and hills become very dry with little vegetation. Murcia is a very dry part of Spain.

It has been inhabited for c2,000 years and was originally founded by the Carthaginians. As ever the Romans came along and it became an important port and has been a Spanish Naval base since the 16th Century.

The Spanish invented the first electrically powered submarine which is housed in a local museum. Another claim to fame was its silver mines – I believe the last closed in the 1990’s

You can still see the remains of Roman roads, an amphitheatre, a Punic wall, and where the Roman forum was. There is also a museum relating to the Spanish civil war – the city’s cathedral was destroyed in 1939.

A busy harbour and Marina and whilst I was there a billionaires little boat was moored up – apparently $100m for nearly 3,000 tons of luxury. Called Vibrant Curiosity! 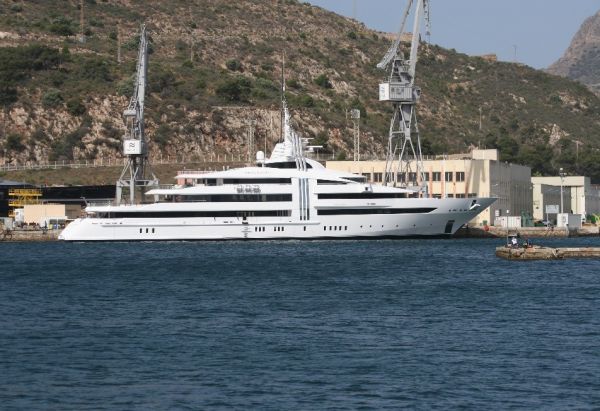 Best tip – get on the tour bus. 40-minute ride around the city and a local beach helps you get your bearings and rests tired feet.