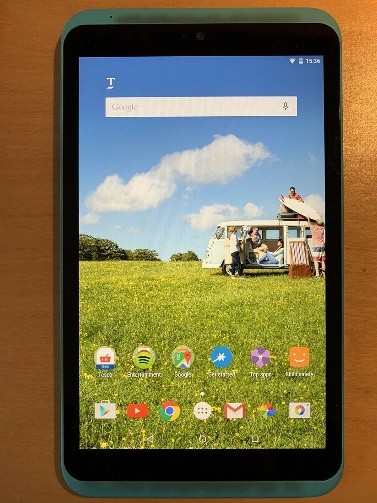 Posted on 03 February 2021 in Blog
Back in early September, I flew out of Gatwick airport and whilst waiting to board, I left my tablet on the seat at the boarding gate.

I realised during the flight, what I had done, but obviously too late to do anything about it.  When I landed, I contacted the lost property dept at Gatwick to explain and give them details of the tablet and where I had left it.  I just got an automatic reply only confirming they received my e-mail.

Also, when I landed back at Gatwick, I went to the lost property office to check.  Because of Covid there was no one manning the office.  I had no further contact from them.  I did send a follow up e-mail to double check if anything had been handed in.  No response.  My own fault, it was a fairly inexpensive tablet and I had to accept I had lost it.  I was surprised how much I missed it.

Then just before Christmas over three months after losing it. I had an e-mail stating that Gatwick Lost Property office, did have my tablet.

I have had to pay for its return and delivery but, I am pleased to say I have just opened the package containing my returned tablet safe and sound.  Brilliant.