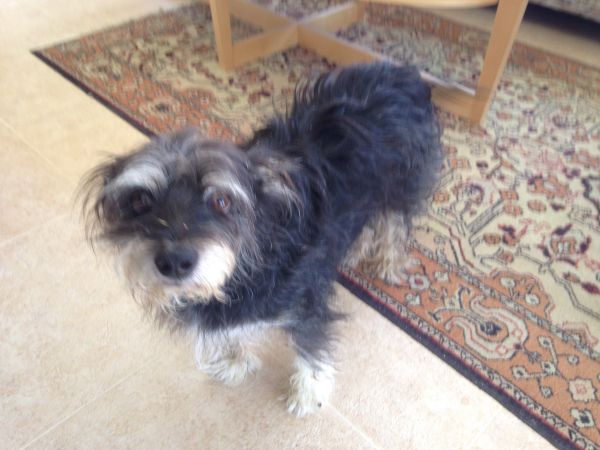 Posted on 03 August 2020 in Blog
A couple of friends will be going away on holiday shortly and they asked me if I could look after their dog – Timmy.

I see Timmy regularly and I am quite happy to help out.  As a prelude to a week’s stay with me I said I would look after him for the odd day when his owners are both out so he is not left on his own.

An hour into the day with him and all going well – he’s happy, I’m working away.

At some point I wonder where he’s got to.  So look in the garden, the house. Can’t see him and he does not appear when called.  At that point get a call from a friend ( Ken )who is driving down the track to another house to say he’s just seen Timmy – who runs away when approached.  If he’s trying to get home it’s about 3km away!

Jump in the car with the dog lead and whizz down the track.  Timmy has gone down a slope filled with Olive trees.  It is 33c as we hunt for him – lots of thorns to upset those of us in short trousers!

After 10 minutes I decide to go back to the house just to check he hasn’t doubled back. As I get out the car he gets in it!!

Relief until I have him for a week and I don’t have to explain a lost dog to his owners – yet!