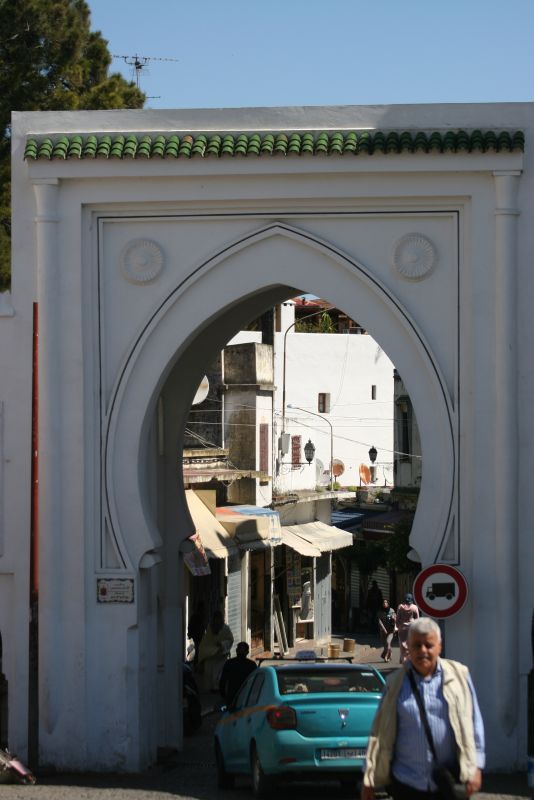 Posted on 16 May 2019 in Blog
Whilst I was born in Africa I have never neem to any part of North Africa. I have been through the straits of Gibraltar twice on boats been to east, west and South Africa.

With a little bit of looking – one thing that the internet is good at – I discovered that I can catch a Ferry from Tarifa in Spain to the old port of Tangiers. The ferry journey is short and the old port is very close to the oldest parts of the city.

So early one morning with friends we set off for the 9am ferry from Tarifa– 200km away and located the other side of the Rock of Gibraltar if travelling from Malaga.  Using the toll roads the satnav timer was as good as it said and we arrived at a secure parking site as it opened at 8am.

A short walk down the hill – might be harder coming back up laden with Moroccan pottery – and we are at the ferry terminal where you have to pick your tickets up and complete entry documentation to get into Morocco as we are leaving the EU.  Then one man takes your outward bound ticket and hands the return ticket to another man who gives it back to you. All luggage is scanned and then through passport control to the boat. Left on time and we get our passport stamped by Moroccan border security on the boat. 45 minutes after leaving Tarifa we are in Tangiers.

The Hotel we chose could have come out of an episode of Poirot, faded elegance but it has played host in its time to many famous (or Infamous guests).  A great benefit was that it had a terrace and a view.

Then off into old Tangiers – a maze of alleys and markets and shops,  plenty of gold and silver, leather ( belts, handbags travelling bags and slippers, pottery and café’s)   People are looking to sell but they were not pushy and they all spoke English, french or Spanish which reflects its history and culture and also the trading routes it established from sub Saharan Africa.

It was a Phoenician trading port, the Romans were also there and was held by the English in the 1660’s.  In the early part of the 20th century it was considered internationally important and was an  destination for diplomats, spies, writers and businessmen. The American legation in the old walled city was the first piece of international property owned by the USA and is now a museum. It was somewhat bohemian in the 1960’s

The local currency is Dirhams but they will take Euros and there are banks/ATMs and Bureau de Change scattered around the old town.  You are expected to barter for everything – so do it. Walk away if you don’t like the price and it is likely they will come down. It appeared relatively standard to get a 30% discount.  I did give one trader too much money and he gave it back so I could buy something else.

Whilst there are dogs in every city Tangiers seems to be overpopulated with cats in the old Medinah and they are tolerated.  Some Wag said it was to keep the rodent population under control

We had arrived on the first day of Ramadan so the old city was quiet apart from the calls to prayers 5 times a day – starting very early in the morning.

Based on the Fitbit we had with us we completed 34,000 steps in two days – I calculated that as about 9.5 miles.

It was well worth the visit, easy to do. There are other interesting towns and cities in the area which will bewell  worth a visit. 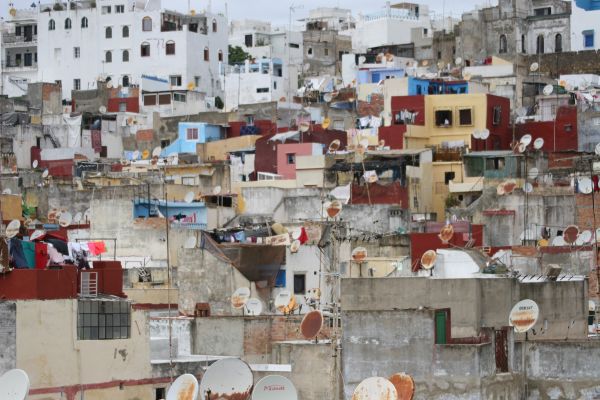 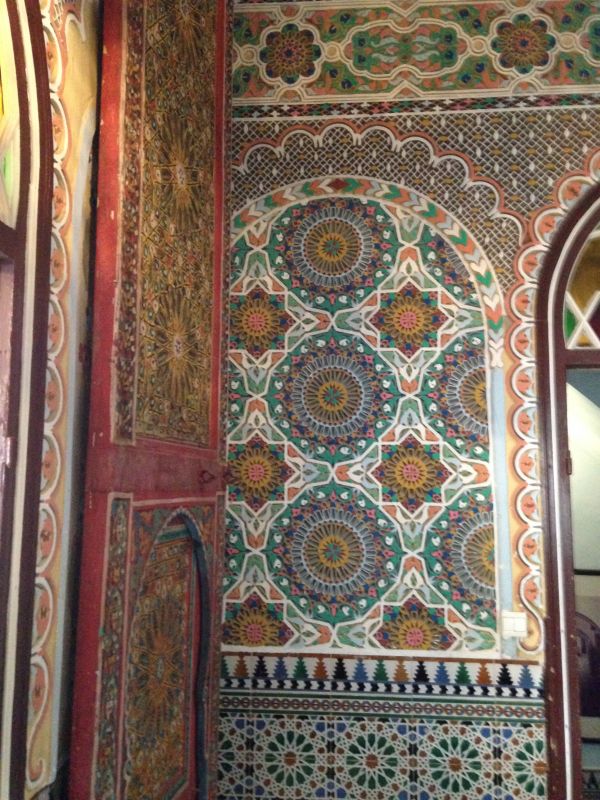