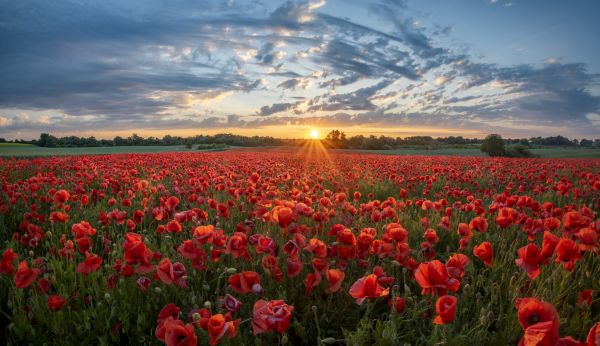 Posted on 11 November 2019 in Blog
I suppose I am showing my age but I can remember watching the ceremony in Whitehall on the BBC from the age of about 8. My grandfather and Uncle both served in the first world war and I have been lucky to meet and speak to people who served in that conflict and the one that followed.

The guns on the western front fell silent on the 11th hour of the 11th day. The tradition of remembering this began in Great Britain the following year. All through the Commonwealth ceremonies are held and at War Graves sites throughout the world.

The poppy – they grew in the trenches and no man’s land that separated the opposing sides in Flanders - is a lovely symbol of remembrance.

The night before there is an annual festival of remembrance at the Albert Hall in London. At the end of the service they drop millions of paper poppies during the two minutes silence  from the ceiling to flutter down – each represents a life lost.

My generation is more the Falklands and I had a friend who served in that campaign with the Royal Marines in 1982.

I was in the UK over the weekend and so I went to a service and parade in a Sussex town. A cold but sunny morning with leaves falling from the trees and it was pleasing to see the number of people who were attending.  There were poppies on road signs, dog collars, cufflinks – everywhere.

Two minutes silence at 11am is a small price to pay to reflect on the sacrifices made.

They shall grow not old, as we that are left grow old:

Age shall not weary them, nor the years condemn.

At the going down of the sun and in the morning,

We will remember them. 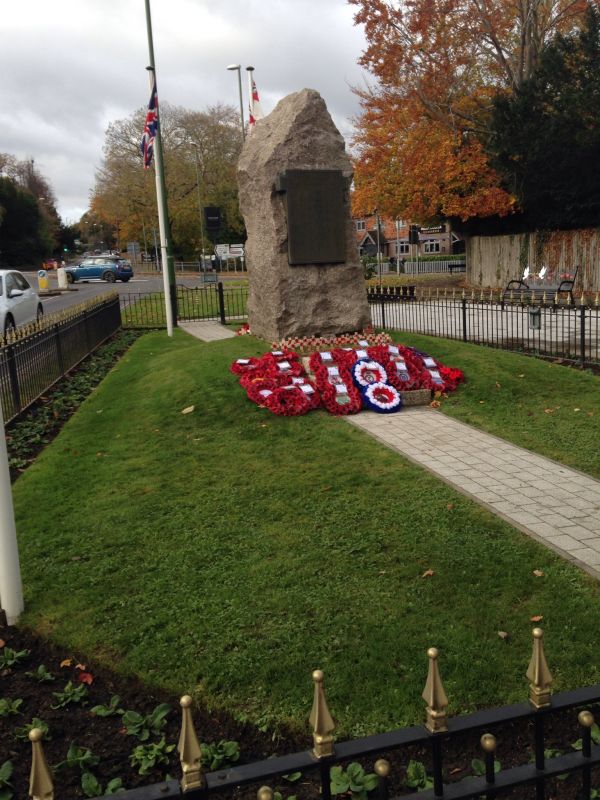