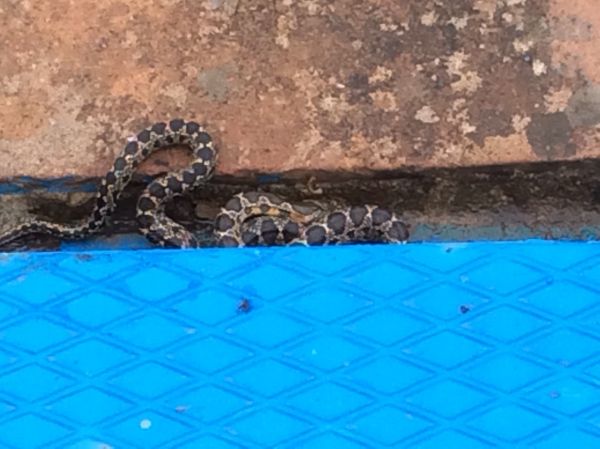 Posted on 01 June 2020 in Blog
I have written a few blogs over a period of time, you may recall I had returned a young goat to its owner, trapped and released a mouse and rescued a very small kitten.

This week I opened up a square steel cover to gain access into a pool pump room that is underground.

Having finished I go to close the entrance cover and notice a snake between the cover surround and the patio.

Didn’t notice it when I went down the ladder though!!

It was between 1-2 feet in length and did not want to be extracted and had been partly trapped  by the edge of the cover where the hinges were.

So I had to find a stick narrow enough to get into the area, prop the steel cover open and have a pool net ready to get the snake into.

Mr Snake was not happy!

After a few minutes I manage to get him out and encouraged him into the net.  He was then let go down the bottom of the garden.

I recounted the story to a friend – he said the small snakes are the dangerous ones!!  Ignorance can be helpful sometimes! 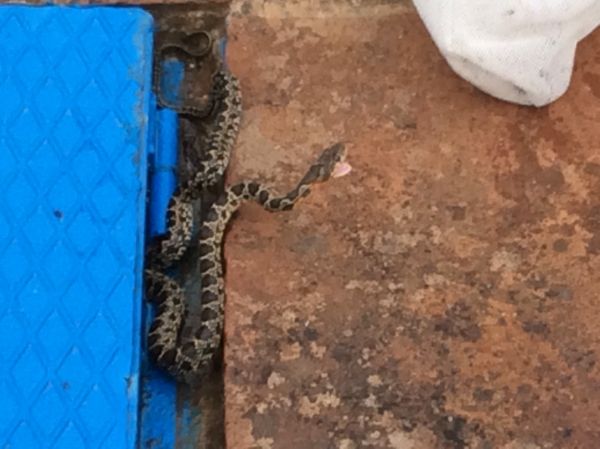