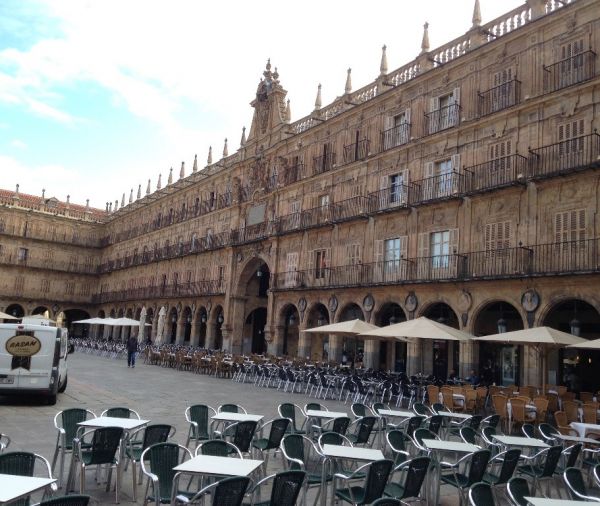 Posted on 04 October 2021 in Blog
Salamanca is a city in the North West of Spain near the Portuguese border. It is about 700km from where I live but I managed to do it in a day driving across country and avoiding motorways where possible.

I know it as it is the name of a battle fought in the Peninsular Wars in 1812 when Britain and Portugal ( who have been allies for about 600 years) were fighting Napoleon who had invaded Spain forcing the king and his brother to abdicate and then installed his brother on the throne. It is thought to have been one of the Duke of Wellington’s greatest victories!

The actual battle site is about 5 miles south of the city – but its where approximately 90,000 soldiers fought each other.

The University in Salamanca is the oldest in Spain (and the third oldest in the world) having being founded in 1218.

As ever the Romans have been here – they left a bridge behind.  Of its recent History, It was where the Spanish Dictator Franco was proclaimed Generallissimo in September 1936.

They have a Jamon shop where you can buy various delicacies – hams hung up all over the place.  They all also sell boccadillos which is ham ( thinly sliced in a crusty roll), no butter or any other filling – best I have had.

There are too many things to see and I’m going South in  a couple of days to Badajoz – a city that both Spain and Portugal have claimed as their own over the years. 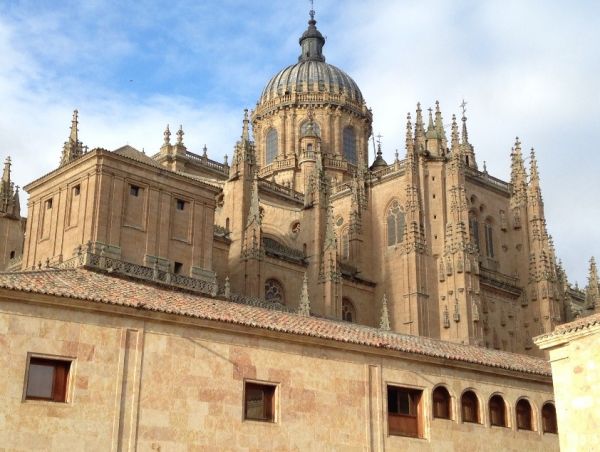 Check back soon for another update on my adventures!