The Blade of Kansas.. 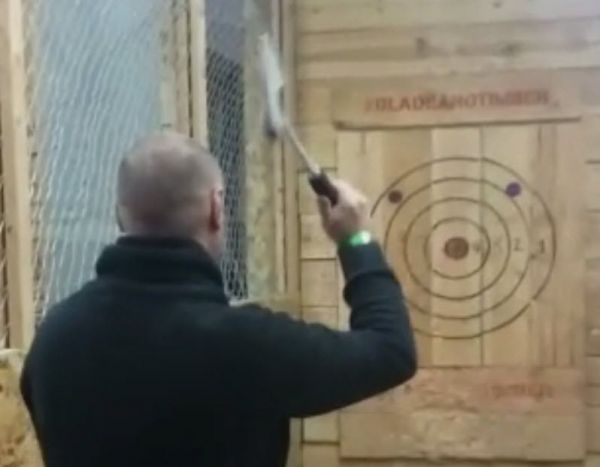 Posted on 12 December 2018 in Blog
From the title of this blog entry you might be expecting a story of a superhero, alas no just us mere mortals….

I recently spent some time in Kansas City attending a trade show with my Boss, who has a bit of a reputation for wicked sense of humour, so when at the end of the second day we were there he said “ how do you fancy going Axe throwing” I was waiting for him to add to that. He actually looked serious, not that that is an indication that he was not still winding me up, so I said “Really”.

But he actually, for once, was being serious! So when he showed me the web site and said that he had been there the previous day, before I got into town, I said yes obviously.

Off we went to a place called Blade & Timber where we were shown various ways to throw axes at a timber target and several games that could be played. We had a great, if unexpected evening and we also found out it’s not as easy as it looks when they show you.

That’s all for now, hoping you stay on the right side of the axe.