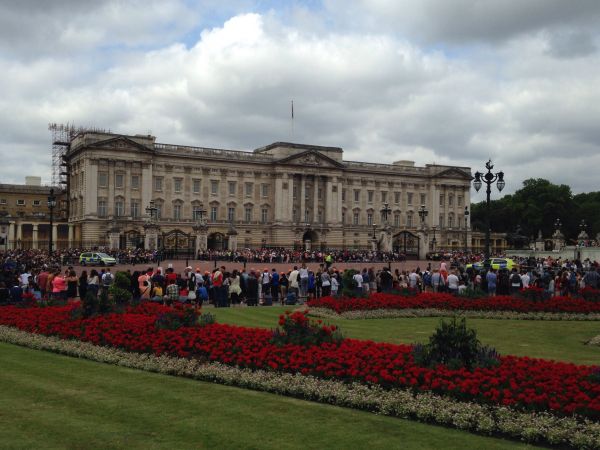 Posted on 21 August 2019 in Blog
I was on a flying visit to London to see friends and also get my passport renewed. The passport renewal takes 4 hours so I had time to use.

The Passport office was in Petit France near Victoria Station so I thought I would walk to Buckingham Palace, through St James Park and upto The Ritz Hotel, along to Fortnum & Mason and then to Jermyn Street.  I wanted to buy some shirts and all the online shirt retailers have outlets there in addition to the shops where you can order/buy tailor made items.

The street itself is named after Henry Jermyn – the Earl of St Albans – who was a supporter of Charles the first before the English civil war. It was Charles the second who asked him to develop that part of London in 1664.

Buckingham palace was surrounded by tourists who were there to see the changing of the guard ceremony – The new guard (with a Band) march from Wellington barracks on birdcage walk and relieve the Old guard who will have formed up in front of the palace. The ceremony reflects a formal handover of guard duties.

The guard is typically provided by one of the five-foot guards of the household division – if you know your badges they can be identified by the numbers of buttons on their tunics and the type of plume in their bearskin.  The guard’s regiments were first formed in 1656 to protect Charles II and currently comprise the Grenadier, Coldstream, Scots, Irish and Welsh Guards.

It was not possible to get close to the palace but I managed to get some pictures of the new guard in Wellington barracks. 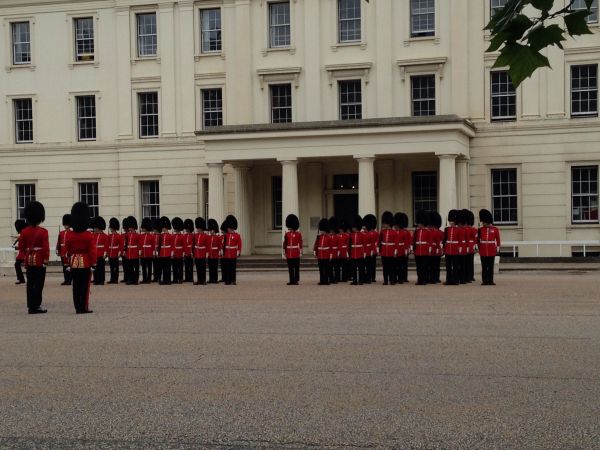 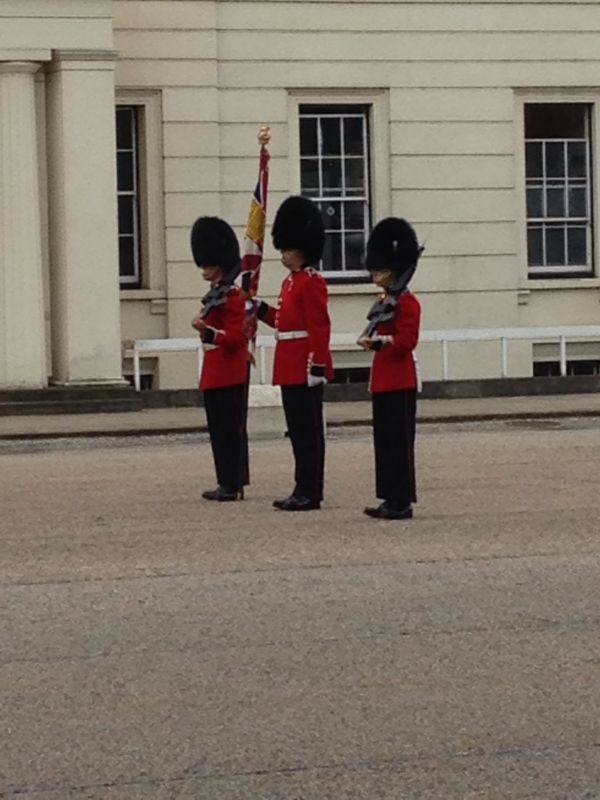