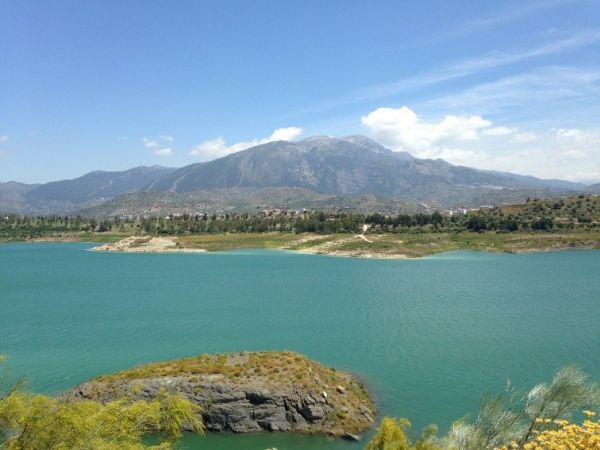 Posted on 11 July 2018 in Blog
Vinuela is a municipality in Southern Spain – not too far from Malaga.

Apart from the scenery the area is dominated by a large man made reservoir known as Lake Vinuela. I believe it was made about 50 years ago by damming local rivers.

The lake shore enjoys picnic areas, hotels, campsites, villages and some restaurants that have lovely vistas over the lake.

It is also used during the summer by flying boats that scoop water up from the lake to use when fighting fires in the hills that occur during the hot (can be very hot) summers.

Last July/August in the area it was above 40c on a regular basis. Fires are banned!!

There is a local football club aptly named Aston Vinuela.

Over the last few years the water level has fallen drastically as the winter rains have not been sufficient to replenish the levels. In January or February of this year the reservoir was only about 25% full.

It is not unusual in the area for water supplies to be cut off on a daily basis and for longer periods of time. I know someone who did not have water for 6 weeks last year

Thankfully this years winter and rains has been the wettest for quite a few years and the local authorities have also been pumping water into it. The local area down to the coast uses prodigious amounts of water to irrigate the salad crops which are a big export earner for the region. Avocado trees are very ‘water’ hungry.