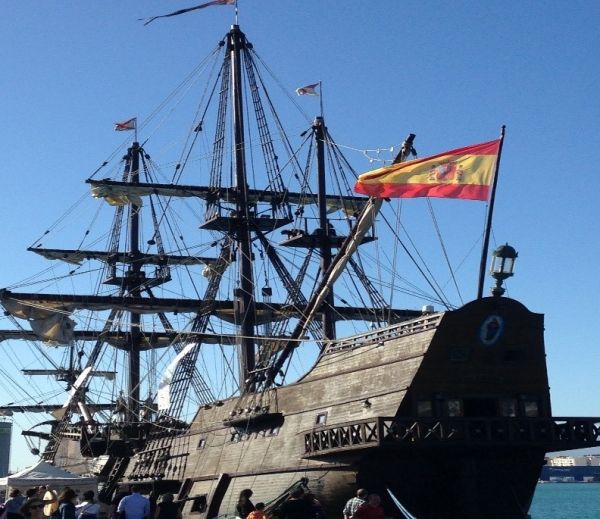 Posted on 06 January 2020 in Blog
Reading the local English paper, they had a picture of a replica Spanish Galleon that would be moored in Malaga harbour. So, Sunday morning with fine weather off we go down the old mountain road to Malaga.

Warm and sunny in Malaga we manage to park in the harbour close to where the boat was tied up.

It is based on a design for a galleon named Galeon San Pelayo which was part of a fleet that left Cadiz in 1565 bound for Florida to claim it for Spain.  Some of the Spanish Naval archives are so good they know everything about the voyage – men, supplies, equipment even cutlery!

Since launching it has sailed the Atlantic, Indian and Pacific oceans. Visited the Caribbean, China, through the Suez Canal. A total of 35,000 nautical miles and 50 ports. 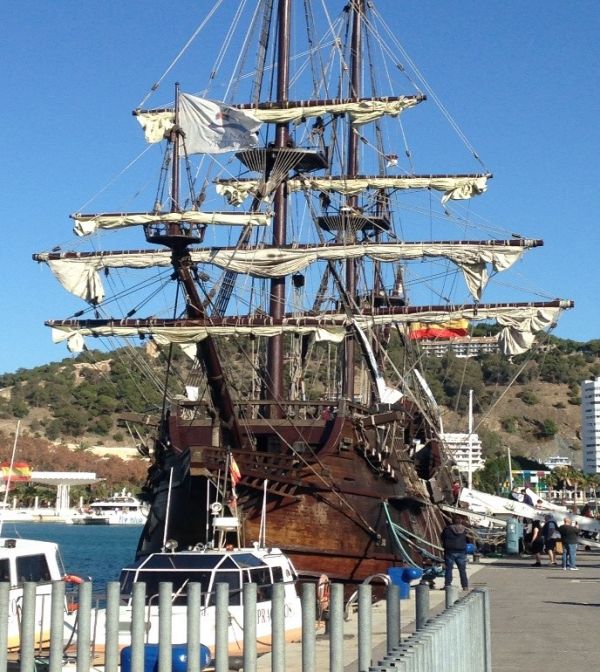