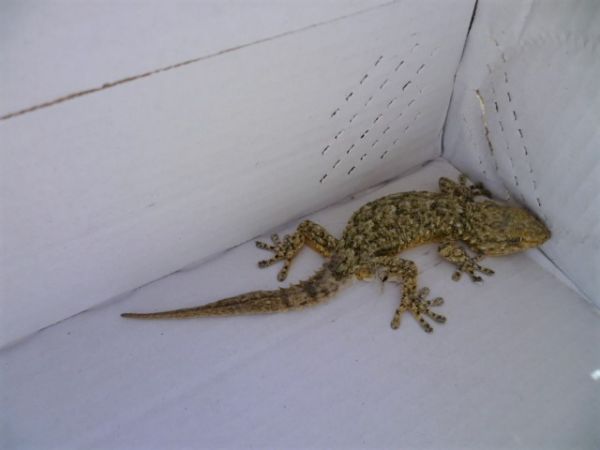 Posted on 05 February 2019 in Blog
After reading Richards various animal related Blogs it reminded me of Gordon the gecko!

Gordon as we named him, had decided to take up residence in our spare bedroom last spring.  We only noticed the odd glimpse of tail disappearing behind the wardrobe or wall mounted mirror.  He was not bothering us and seemed to be keeping the fly and moth numbers in the house to a minimum.  But, we decided although we didn’t mind him being there.  We really could not expect our guests to share the room with him!

We tried various ways to tempt him out, but to no effect.

We did eventually manage to scoop him up with a hand broom and dustpan then into a shoebox.  We released him unharmed in the plants around the patio.

Now, if we see a similar sized gecko around this area.  We hope that is our little Gordon.